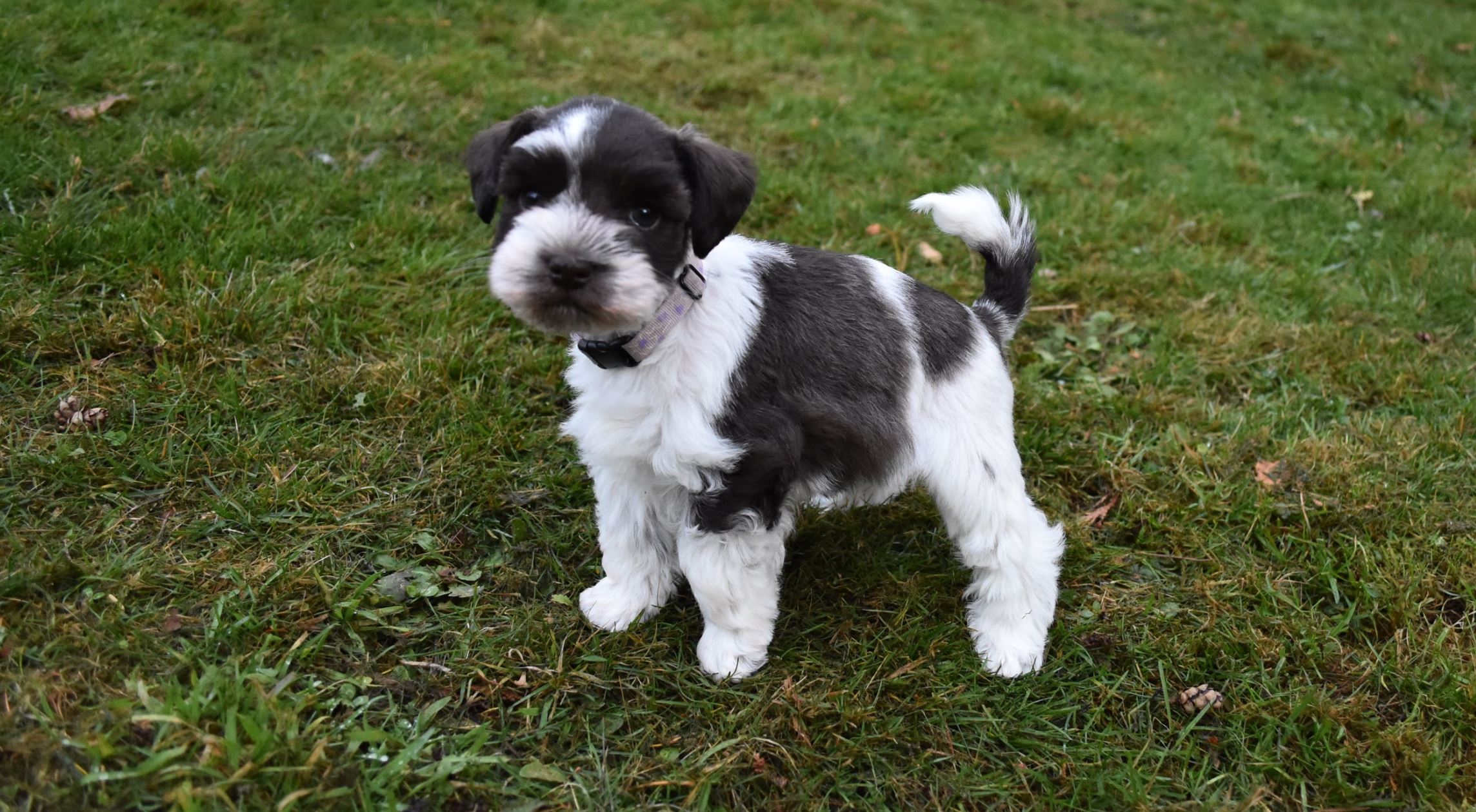 To Dock or Not to Dock!!

The AKC breed standard for tails reads “Tail set high and carried erect. It is docked only long enough to be clearly visible over the back line of the body when the dog is in proper length of coat. Fault – Tail set too low.” (from American Kennel Club Miniature Schnauzer Breed Standard).

Hundreds of years ago, tail docking was performed because it was thought to prevent rabies, strengthen the back and improve speed and agility.1 In some cases it was done out of the desire to protect the dog from injury. Schnauzers were initially bred as ratters and docking the tail prevented bites on the tail from the vermin they were hunting.

Today, tail docking is done because it is traditional for the breed. It is purely cosmetic surgery. Countries such as Norway, Sweden, Greece, Switzerland, Germany, England and Australia have banned tail docking.

Tail docking is done when the puppies are 3-5 days old. It is thought that the nerves in the tail are not fully developed at this age so the puppies complain more about cold hands and being held down than they do about the pain of the actual docking. No anesthetic or freezing can be given as the puppies are so young, it could jeopardize their life. Tails are usually docked at the hand of a vet although some breeders will do it themselves.

Until now, our schnauzer puppies have had their tails docked before they were 4 days old by our vet if their families requested this option however, effective, January 1, 2013, we will no longer dock the tails on our puppies. Having a natural tail does not change the personality of the dog… just the look. It’s no different than you deciding to have long hair or short… doesn’t change who you are… just your appearance.

Read this article suggesting dogs with docked tails run the risk of being more aggressive and you might begin to understand why we have finally decided we will no longer support this unnecessary procedure. Dogs need their tails for effective communication. Depriving them of this important tool is like taking away your voice.

This page contains some pictures of schnauzers with a natural tail. Some natural tails will stand straight up behind the dog, some will curl up and over the back. The more you look at them, the more “normal” they seem. Most people have only seen a schnauzer with a docked tail.

Don’t you just love having that lovely tail communicate your dog’s emotions to you? Make the right choice for the health and well being of your dog and keep the tail natural.