Miniature Schnauzer Puppies Near me?

Our family has been blessed with a canine family member since 1990. Our first dog was a Belgian Sheepdog we named Shadow. She was our first “child” and went everywhere with us. With her, we helped form a flyball and agility club, tried our hand at obedience competitions and participated in various parades, dog shows and school demonstrations. It was through our participation in flyball and agility with our Belgian that we discovered Miniature Schnauzers. When our Belgian passed away and we started looking for another dog, we settled on the Miniature Schnauzer breed and have been hooked ever since. 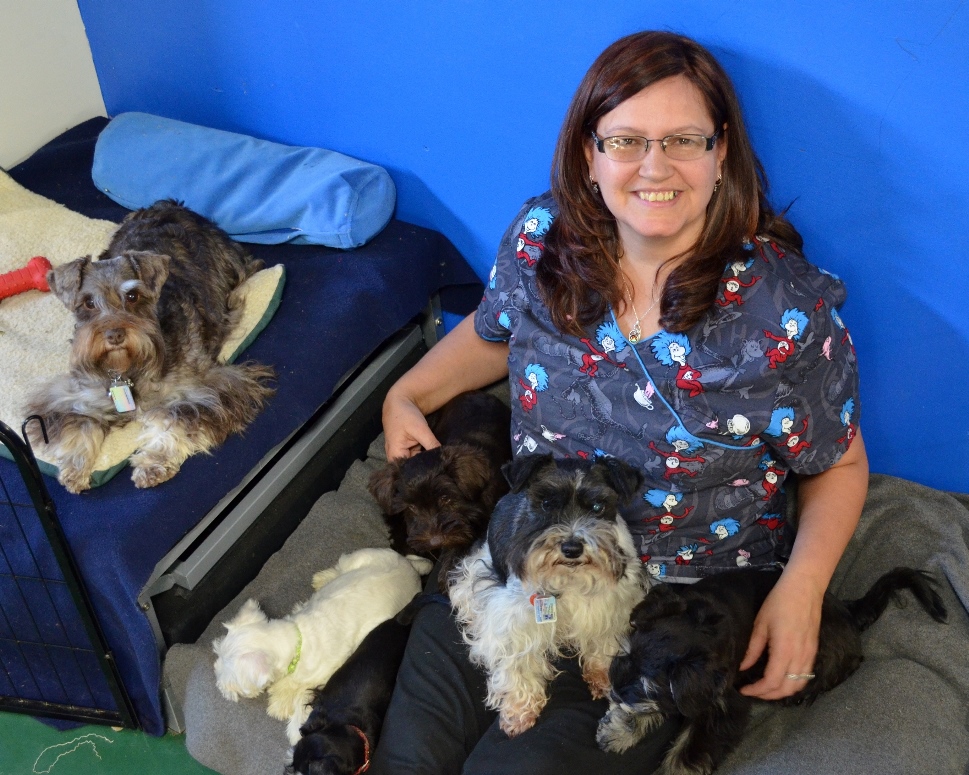 My personal search for suitable Miniature Schnauzer puppies near me took our family from one end of Canada to the other and spanned many months. Through the process, we discovered that not all Minis are created equal. While we wanted a great looking dog, we also wanted one that had the personality we had heard so much about. We discovered that there is a huge difference in temperament between a “kennel” pup and a “home-raised” pup. Early socialization has a significant influence on a puppy. Most of the Miniature Schnauzer puppies we encountered were kennel raised and lacked the people-enthusiasm we were seeking. After about eight months and more litters than we could count, we found a beautiful black male (we were looking for a salt/pepper female) that had all the qualities we were looking for. So, when our kids were 4, 5, and 9 years old, Spencer joined our family. A year and a half later, our search for a suitable mate for him directed us to the States. A black female schnauzer named Becky joined our family and our breeding program began.

In 2005 our breeding program expanded to include the TOY SCHNAUZERS. Toys were relatively new to Canada and while most Miniature Schnauzer breeders in Canada will tell you that there is NO SUCH THING as a Toy Schnauzer, Toys have existed in the US for 60+ years. All of our inital toy schnauzers came from the USA and were Dual registered with AKC  and APRI as Miniature Schnauzers. We selected toys that would produce the standard schnauzer colors as well as the rare Parti and Liver (Chocolate) colors.  Toys are generally recognized as maturing under 12 inches at the shoulder and in the 7-10 lb range. Occasionally, we have Teacup Schnauzers (mature 6 lbs or less) available. Check the Schnauzer Sizes page for more information on this delightful scaled down version of the Miniature Schnauzer.

Send us a Message

Puppy visits are conducted virtually through Zoom or FaceTime and need to be scheduled in advance. No in person visits will be scheduled except for puppy pick ups. This policy is to ensure the safety of our moms and pups by preventing accidental exposure to viruses or bacteria that may harm them (like parvo, Giardia etc). Thank you for your understanding.